Disclaimer – this contains a fair bit of my own account in the tank. If you have yet to float and are like me in the desire to have first experiences without the coloring of someone else’s account, then skip to the second part where we pick up on the discussion of the physiologic effects and therapeutic benefits of floating in a sensory deprivation tank.

Along our paths of “becoming”, we experience a litany of teachers and helpers that just happen to be at the right place at the right time. Most of these we only recognize long after our chanced encounters, and some we never even appreciate at all.

Some of those come along our life in apparently spontaneous fashion. Others are sought out through recommendations by those we trust, admire or personally relate to.

Every once in a great while a teacher (or teaching) will come across my radar that just plain makes me stoked to be in this grand human experience.

One that has universal applicability, massive benefit potential and makes me want to shout its praises from the rooftops to whomever may be in earshot. My own personal list of such notables has included many, among them are: plant ceremony dietas in the jungles with Grandmother medicina, the traditional Lakota hanblechaya or vision quest, my first reading of the Way of the Shaman and Fifth Sacred Thing, spiritual fasting, energetic psychology… and floating.

Even though floating has been around for a while, many people (including myself until recently) haven’t been introduced to it.

The sensory deprivation tank in its current evolution as we know it is the brainchild of professor John Lilly. He studied consciousness at the NIMH (National Institute for Mental Health) in the 50s. A true pioneer and psychonaut he explored sensory deprivation as a means to study the origins of consciousness and the brain. And the resultant effect has been an avalanche of benefits and uses.

From peak performance athletes and high level CEOs, to super-learning centers and solo explorers of “the outer paths to inner space” many have jumped on board after becoming familiar with its potential and its effects.

[Notable athletes and pro teams have included the Dallas Cowboy and Philadelphia Eagles and Phillies, sports heroes and gold medal athletes (Carl Lewis and Peter Reid), and the Olympic teams of the US and Australia in 2000.]

I originally became interested in floating a decade ago through a colleague who had mentioned it as a safe method to use for my clients with intractable anxiety. But it wasn’t until just a couple of years ago that I finally had my first float. Holy now, what a truly surreal and unexpected experience. Mind you I specifically didn’t read about it much or get others’ accounts so as to not influence my experience or instill any projections about what it would be like. My preference is to experiment with novel situations with as much of a rookie mindset as possible, jump in and see what happens. And while I have
surfed the realms of the inner planes through a variety of means and allies, my experience in the tank was quite unique, meaningful and fairly ineffable.

I literally dissolved back into the void. I just melded back into a sense of nothingness, a time before anything existed. It wasn’t like time sped up or slowed down. There was just no sense of it, and no sense of me in it either… no within or without. Occasionally at the beginning of the session my mind seemed to remember it was suppose to be thinking of something.

Then rather abruptly there was not even the usual mental scanning. It wasn’t really sleep either… just being.

Once out of the tank, the deep peace continued and mingled with a sustained focus, my senses were hyper alert while my mind stayed at ease and resistant to outer stress and pressure.

This theta state depth mixed with alpha state calm alertness all lasted the better part of about 36 hours after getting out of the tank.

If I were to custom build a cocktail to create a similar effect it would be something like a few pieces of some epic of raw chocolate, a half a glass of my home made meade, a nibble of a THC edible and a few capsules of Alpha Brain… all the while basking in the after glow of great sex on a magic carpet ride. Needless to say I was (and still am) hooked.

The second time can be described with the familiar Thai phrase “same same, but different.” While the first time was a reconnection to the Void, the second was a reconnection to the Self. It was a deep introspection, reflection, and clarification of my life path, like watching a holographic movie of my reason for presence in life and the next steps aligned to fulfill my purpose for life. Not too shabby for an hour in a tub.

When I find something this profound (without the list of potential risks that often comes with many of the other peak high risk experiences I have and may continue to indulge) it simply has to be shared, thus this post and many posts by others. Joe Rogan, for example, through his podcasts and wide readership has single-handedly introduced more people to floating than probably anyone else on the planet.

Floating is an experience to be had, not just read about or listened to.

And as is often the case when I get into discussions on the interface between existentialism and science, I think of my father. He has such an excellent left brain and skeptical eye, which he often expresses as something like “enough of this airy, faerie crap, what will it do for me?” So in the vein of hard science lets discuss the tangible physical benefits and what else is in it for you.

And if you’re just now chiming in from above in order to avoid the tale of my newest love affair, this is where you’ll pick up…

For just about anyone in any situation I can think of, the first time in a floatation tank is the first time EVER without sensory input. The usual auditory, visual, cognitive, proprioceptive, gravitational, electromagnetic, and other somato-sensory input is removed. The human computer system has the opportunity to reconfigure its relationship between outer and inner, between self and non-self.

The result is a major reboot to the neuro-endocrine (brain-hormone) system as the limbic systems scanning modes quiet, emotional awareness of the physical environment ceases and the parasympathetic system comes back on-line as the primary modality for nervous system function, thus facilitating rest and relaxation and a whole host of noticeable and measurable physiological effects.

Noticeable effects from floating include:

1. pain reduction – an increase in the body’s own endorphin production and theta state induction, thereby acting as a natural analgesic as well as assisting one to come off opiate medications with less difficulty.

2. weight management – the hypothalamic mediation of the metabolic switch resets to optimize metabolism over time

4. anxiety reduction – the sensory deprived tank allows for less stimulus to the RAS (reticular activating center – the environmental scanning police), resulting in less cortical neural firing to the areas for fight or flight mode. Overall this lowers the levels of circulating stress hormones (ACTH, cortisol, NE and E), as well as offering one the opportunity to improve self-regulation skills and ultimately, personal empowerment.

5. decreased blood pressure – through relaxation of the smooth muscles of the cardiovascular system

6. improved learning – one of the best Nootropic tools available (see the blog post on Nootropics for a download on the topic). Consistently demonstrated to increase IQ scores, visual concentration, memory storage and recall.

8. increased sensory awareness after the session and “out of the tank.” The globally heightened senses can last for some up to days after a session. The RAS (environmental sensory scanner) comes back on line in the midst of residual induction of the theta brainwave state (relaxation and sense of timelessness). They combine uniquely to enhance perceptual abilities, both internally and externally, while maintaining presence and awareness. It’s like being stoned while staying crystal clear.

9. lasting sense of peace and well-being – the culmination of all the above mentioned effects, one of the most universally described phenomena by floaters and a summary statement for what many call the “Flow State.”

In the arena of athletic performance, floating has been shown to help with:

Most high level athletes appreciate the need to recover at least as much as the need to train. Yes, high intensity exercise stimulates the muscles to grow, but it is the rest that allows them to grow.

And from a purely clinical psychiatric perspective, there are literally countless case reports that have successfully used float therapy as a treatment for:

A therapeutic intervention deeply tilted toward benefit over any obvious risk (except getting salt water in your eyes) with a massive list of potential beneficial effects.

If this was a drug it would be called something like Amritagen (Amrita meaning
the nectar of immortality) or Blissitol. There’s no single other intervention (outside the ceremonial use of entheogens or time “on the mountain”) that comes even close to that list, and no other readily available self-empowerment tool that can so effectively and efficiently help the mind-body recalibrate toward optimal wellness.

As a scientist and clinician, in my own private practice and the centers I run, I evaluate potential interventions based on their:

3. Practicality – cost, availability and ease of use

In looking at the list, floating is stellar in every regard.

As a teacher of mine once said, “you can’t side step the path of mastery… you still have to do the work.” While it is true that personal mastery is largely self-directed and determined, we are occasionally offered the available tools to use as powerful allies along the process of becoming masterful.

This web page is provided for general informational purposes only, so you can understand more about how the brain and body function and the methods we utilize to accomplish their healing. It does not constitute the practice of medicine or other professional healthcare services, including the giving of medical advice. No doctor/patient relationship is formed. The information is intended for your general knowledge only and is not a substitute for medical advice or treatment for specific medical conditions. It is not a prescription; you must talk with your own primary doctor for that. There are a variety of factors that contribute to your healing process, your body is complex and your circumstances are unique. For questions or more information about working privately with us contact the Managing Director

Enter your message below to send an email to Dr. Dan. 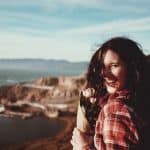 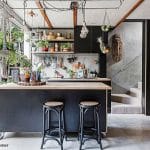 Can You Age-Proof Your Brain?General